I don’t know what’s happened to me, but we’re only eleven days into February, and I can’t seem to stop making unnecessary purchases.

My friend Jill made “no spend January” a thing and saved a bunch of money, and now my daughter Natalie is trying out a “frugal February.” In both cases, the idea is to go into this new year only purchasing what you consider a necessity.

I like the idea, I do, but after my birthday hit a month ago, I seem to have ventured into the complete polar opposite spending territory.

First, I thought I needed a new makeup color scheme to complement my aging face and silvery hair, so after researching what palettes would do just that, I invested in new eye shadow, new eyeliner, and new lipstick. (Urban Decay, Nars, and Marc Jacobs, respectfully). It doesn’t matter that I don’t wear much makeup to school and mostly none when I’m at home. I want to be prepared for the occasion that I might need to put Tonic, Mushroom, Loaded, and Scratch all over my eyelids to make me look younger and more hip—even in my recliner, I guess. And the navy eyeliner called Sabbath? Well, it’s sure to pep up my old, red watery eyes. I read that blue will wake up and whiten them.

I also trotted around the southern half of the county one day on the search for new puzzles, since I had just finished putting 1000 pieces of The Wizard of Oz together over break. Who cares that puzzling is an evening activity anomaly to me. Or that it was the first one I’d put together in ten years. Nope, finishing meant I needed more, and when I found them for “Buy one, get one half off” at Barnes and Noble, all the better.

And then we got the puppy. Puppy toys. Every week. Maybe a couple times a week. Puppies like toys. They eat them so quickly, too.

Baby toys, too. I mean, yes, I am that kind of grandma, er Mimi.

A recent quick check of Victoria’s Secret dot com told me that my favorite bra was buy 2, get one free, and hey, I’ve read you should replace your bras once a year. Done.

I found a brand new pair of my most favorite lounge pants ever online, too, so I spent again. Isn’t it just so cool that Google will store all those credit card numbers for you? You know what I’m talking about. No longer are we deterred by getting out of our chairs to get our wallets. Click.

A long gold chain to go with my favorite heart charm who lost its home this week? Hmmmm. But not real gold. Just gold overlay. And on Overstock dot com? Sure—that’s even better.

But today I hit rock bottom. And February isn’t even half over.

Today, I purchased a box of vintage—1999 (Really? 1999 is “vintage”?!)—Ricky Martin trading cards, in what started out as a search for Ricky Martin Valentines I could give to my students.

OMG. What have I done? 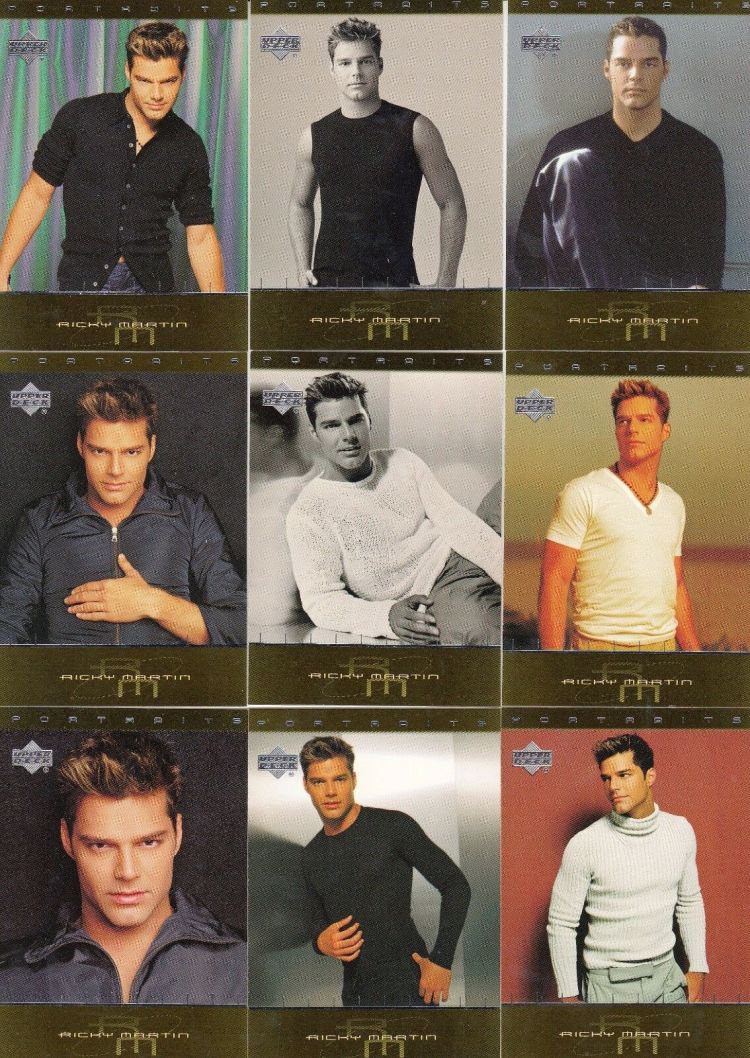 I even purchased small envelopes, in case I want to actually give them out. But then I looked at trading card binders. Maybe I should get one of those to keep them in. Maybe I’ll collect more.

Collect more? Laughing at loud at myself. BUT WHY?

Well, why not, Aimee.

It’s fun. Spending is fun—when you find just the right thing and it fits you or someone you know perfectly and you can sorta kinda afford it even though you probably shouldn’t buy it because you’ll be mad at yourself when you get the credit card statement, but oh man, there you went and did the click/ *purchase* thingy again.

It’s also probably just retail therapy for the doldrums of winter. A way to keep myself happy by looking forward to small pieces of shopping sunshine to arrive every once in a while.

You know, I’m really not too worried. Frivolity won’t become habit, because I won’t let it. And stupid, non-necessary purchases are now hereby over with.

Unless Jackson finally agrees to that damn *tattoo of my name on his ass.

Or our tax refund rolls in, and that should be any day now.