Scars are defined as marks left on the skin or within body tissue where fibrous connective tissue develops to support and bind as a wound heals. Scars can fade, be covered up or even be surgically altered, but they can never go away.

And everyone has at least one.

I can count more than ten scars all over my body from that night.

Some are short, some are long, and some are ugly. The back of my left arm looks like Dr. Frankenstein stitched it together, my foot has permanent weird lumps and a raised center that makes wearing shoes difficult, and my belly, well, I hated the monstrous, gaping scar that ran its length. Doctors had to put me back together—literally. They told me so.

Strangely, most of the scars are also vertical.

At right angles to a horizontal plane. Perpendicular.

The same angle at which we collided when he ran that stop sign and into my car, T-boning it and me. We were on our way home from dance camp that July evening. The three girls in my car escaped the wreck with minor injuries—thankfully. I barely survived. He died.

Four months later, a highway patrolman visited to share the other driver’s toxicology report and to inform me of my rights as a “victim of a crime.” He came to bring me “some peace of mind.”

A young man of only nineteen years got into a car with two different drugs in his body. He caused a tragic wreck and lost his life. He forever changed mine.

(Causes for the scars I can’t see.)

And all of my scars, both physical and emotional, tell a story of survival, one in which I found out how truly resilient the human body and spirit can be.

In the months after the accident, doctors told me it would take years to heal my scars, and even then, I wouldn’t be 100 percent back to normal. I worried that the accident would define the rest of my life, but I was the only person responsible for myself, and that meant doing something about it.

So I started writing. Expressing what happened through words on a page allowed me to organize and understand my experiences. This, in turn, provided a sense of control over what happened. I could give the experience meaning, not only making my emotions more manageable, but also creating a resolution for the story. I could tell the story the way I wanted. I could revise some of my scars.

When I wasn’t writing, I wanted to be outside, even though I wasn’t sure why. I had grown up on a two-acre patch of woods, and I loved the outdoors, but this new desire bordered on necessity. I planted herbs, flowers, and vegetables outside in the spring, hiked paths to pick black raspberries in the humidity of July, went for drives just as fall leaves were turning colors, and stargazed from my icy driveway on clear, winter nights. I found that nature presented its own healing—its own reason for being—and I drew strength from that, soaking it all in.

Allowing others to help me was another integral part of my healing. My mom, dad, brother, sister, and children were the caretakers and supports who kept me together. And when I wanted to close myself off from the world that seemed just beyond my reach, visitors—whether my writing group or teaching colleagues or former students—kept me open enough to attempt optimism. Eventually, I became well enough to return to teaching high school English, where the long process of forgiveness began.

When I found myself voicing wisdom I had gained along the way, I was pleased. If I could share the most traumatic experience of my life in order to help someone else, then perhaps I was almost there—perhaps my scars had healed. Life, I had found out, just happens, and you can’t get out of the way or hide or run from it. You just live it, making your way through, one challenge at a time, attempting to live with courage. That’s all you can do. Because you can only control yourself—no one and nothing else.

One day in class, Kaitlyn, a senior a month from graduation, told me to look up Japanese art called “kint”-something. I was amazed.

Kintsugi: a Japanese word that means “golden joinery.” It originated in the fifteenth century when a Japanese shogun broke his favorite bowl and tried to have it repaired by sending it back to China. Metal staples were used, which displeased the shogun, so he hired Japanese craftsmen to find a better answer. Their solution? Reparation of the breakage with seams of gold—kintsugi. Thus, the piece became more valuable than before it broke.

Maybe it was time to embrace my scars. And maybe my breakage could become a part of my history, making me more valuable, rather than causing embarrassment or avoidance or erasure from memory. Maybe, like that broken bowl, I could be better than new. Perhaps an even more beautiful version of who I’d been.

It’s been eight and a half years since the accident—enough time to no longer be defined by the experience, though it will forever mark me. Enough time to not notice my scars anymore. They are simply a part of my body’s canvas now, a part of who I am. I might even be proud of them.

“We had to have them do that,” my brother once said, pointing to my abdomen, where the worst, most noticeable scar was, “to be able to have you here now.”

At the time, a way inside. A way to save my life.

My scars—the physical and the emotional—are marks of resilience and endurance. They demonstrate a strength of spirit and a willingness to fight that I never knew I had. I survived. I did it.

And not only am I stronger because of them, someone loves me in spite of them.

My loving husband, Jackson, didn’t know me before the accident. He accepted and embraced my flaws, and it’s meant all the difference. This new, fuller life of love and energy post-accident shows in my very being. So many people tell me how happy I look and that I “glow,” especially around Jackson.

But I think it’s just the veins of gold running through me. 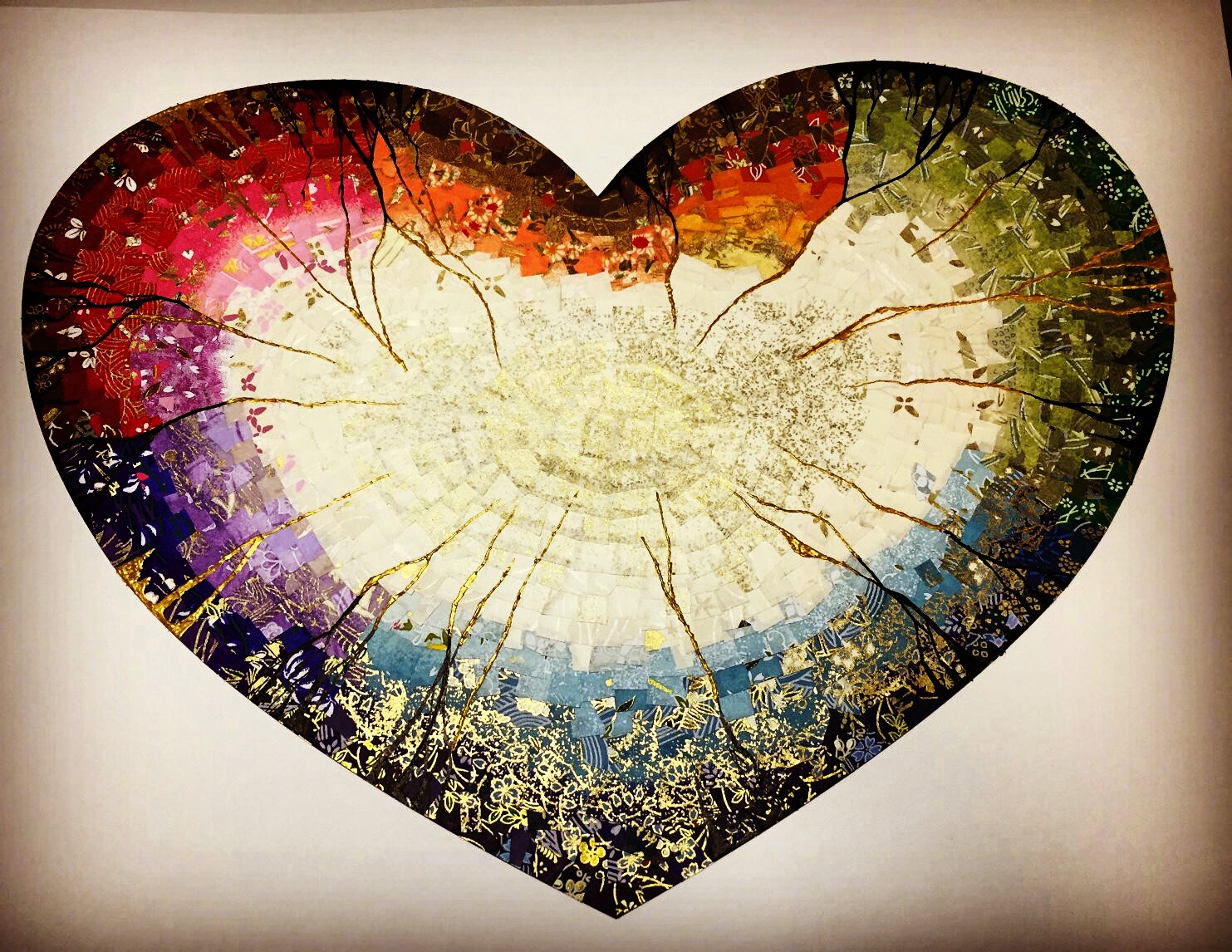 One thought on “Scars: The Treasures of Breakage and Reparation”